If you’re working to incorporate more green technology into your lifestyle, you may have heard about how solar chargers can change the way you work. Portable Solar powered chargers are still in the infant stage of technological discovery, yet they manage to help free people from the constraints of an electrical plug in and make it easier for people to move more freely throughout their business day.

Because of this, solar powered chargers are becoming especially popular with people who work from home and people who tend to travel or spend time outdoors frequently. However, despite the growing excitement that continues to surround solar powered chargers, many people are still left in the dark as to how these chargers manage to work and how they should operate them to get the best possible results.

Luckily for you, we’re here to clear up any misconceptions about using solar powered chargers you may have. We’ll walk you through all the basics and explain them in a way that won’t require you to spend hours on google trying to figure out exactly how these machines work. By the end of this article, you’ll be surprised by how simple it is to learn about how to operate these cutting edge technology tools.

How to Charge a Solar Power Bank?

The first question that many people have when learning about solar powered battery chargers is how they should go about charging them. Though it may seem to be fairly straightforward, this is actually a very good question. There are several things that you need to do to make sure that your solar charger is able to work properly and charge quickly that everyone who owns a solar battery charger should know.

Not knowing these things could lead you to waste your investment by not getting the most from it that you can, or even ruin your solar charger or devices that you planned to charge with the solar charger. However, there’s no need to be alarmed. Learning how to prevent these mishaps is actually fairly simple and straightforward. The first thing that you’re going to want to do when you buy your solar power bank is look at the weather forecast.  If you want to get a good charge, you’re going to need a clear day with lots of sunshine. 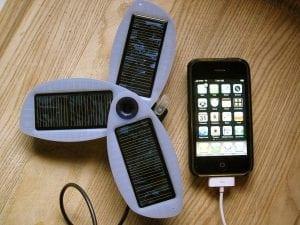 If there are too many clouds in the sky when you set your solar powered charger out, it won’t be able to charge effectively. The clouds passing over your device will interrupt the charging process and your device won’t be able to resume charging again until the clouds are gone and the sky is clear again. You’ll also want to make sure that it isn’t going to be a rainy day. Solar chargers aren’t able to withstand water, so leaving them out without protection could be very damaging.

The next thing you’ll need to remember to do is to keep your phone at a 90 degree angle to the sun. If your charger isn’t kept at a 90 degree angle it isn’t likely that it will be able to get very much of a charge at all. Solar chargers are great, but they are still new technology, and as such, they aren’t able to maximize on partial exposure to the sun. If you want to get a good charge, you’re going to have to make sure that you get a good open angle so your solar charger can make the most of its panels.

Last but not least you’re going to want to make sure that you’re able to remember not to plug your devices into the solar charger while it’s out charging in the sun. You won’t be able to control the consistency of the charge, so letting it remain plugged into your solar charger while it isn’t fully charged can prove to be harmful for your devices. The spikes and drops in electrical current can damage and even ruin your electronics. This is the most important thing to remember before you use a solar powered charger.

How to Use a Solar Battery Charger?

When you use your solar battery charger, you’re going to need to take a few things into account. The first is that you should avoid using the battery unless it has been able to get a full charge from the sun. This can take quite some time and may be frustrating to you at times to have to wait for the full charge, however the majority of solar powered chargers need a full charge if they are to be useful anyway. If you really need to use your charger, by all means, pull it out. However, keep in mind that it is unlikely that you’ll be able to fully charge your phone if you can’t wait.

Another thing that you’ll want to keep in mind when you use your solar battery charger is that you shouldn’t use it while your solar battery charger is charging. The device will charge on its own whenever it is out in a sunlit area, so it is best to avoid charging your devices up outside if you can. If you can’t avoid charging your devices outside, try to keep the solar charger under something that will prevent the sun’s rays from interfering with the charging process.

How Long to Charge a Solar Power Bank? 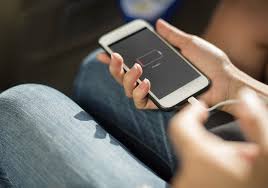 To determine how long you need to charge a solar power bank, you’ll first need to consider how big your solar panel batteries are. These devices tend to vary in how much sunlight they need to function. However, there are a few variables that tend to remain the same. The first is that it will likely take several hours to charge your solar battery charger completely.

It’s best to always factor in some extra time if you want an accurate charge estimation. Worried that you won’t be able to charge your solar battery charger fast enough to be able to use it consistently? Not to worry! Many solar chargers come with an optional electrical plug in so you’ll be able to charge your cells regardless of what situation or environment you’re in.