Damaged Lawns and How To Repair Them

Most people won’t think about lawn repair until they have to deal with damaged grass. It is not something that many people even known about when they take an interest in caring for their garden, and different climates and environments will have different grass colors and lengths that can make lawn damage harder to spot. However, once you run into the various lawn issues that can turn up at nearly any time, you will want to fix them as soon as possible, especially if they are caused by something that can spread.

There’s no single solution to a damaged lawn, though: it depends on what’s causing the problem, how bad it is, and the size of the damaged area. In fact, if it gets particularly bad, you might have to replace a considerable part of your lawn with bare, fresh soil and start from scratch.

One of the most common types of lawn damage you can encounter is worn-out grass. Most of the time, stepping on grass will do minimal damage at best, but it can quickly add up if a lot of people are passing through the same area. It’s the same reason that natural paths form in woods and open fields: the more often a patch of grass is stepped on, the more beaten down it’ll become, and this can result in it wearing down and dying off. If you don’t want to create a solid path to get through, then you’ll need to make sure that you’re taking care of these areas more often than the rest of your lawn. 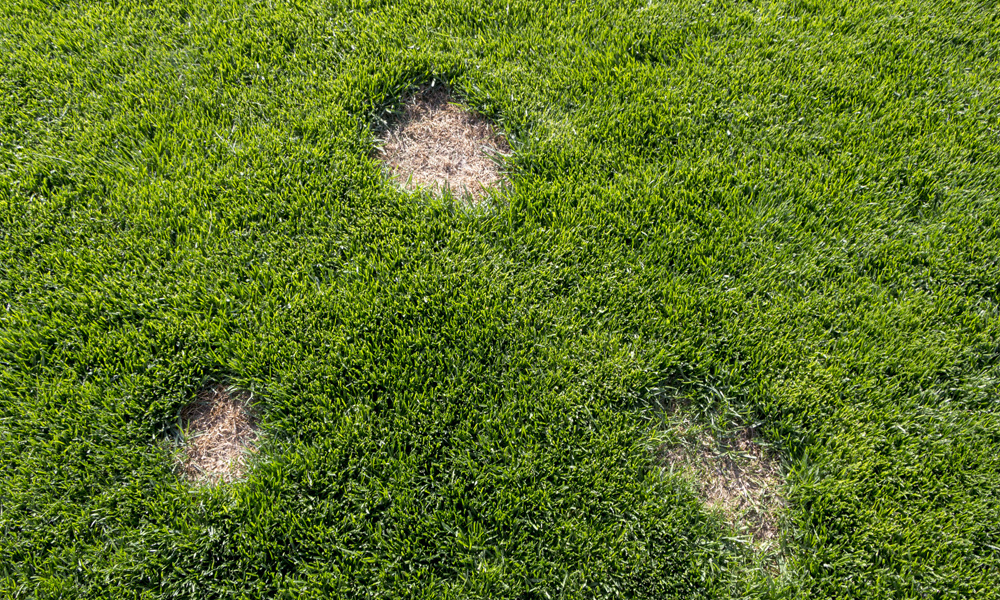 This usually isn’t too difficult to do, since the average garden or lawn won’t take much extra effort to repair from this kind of problem. You just need to make sure it’s watered properly and given time to grow back. In many cases, the grass won’t even be damaged in the usual way, and will just be stuck down or pushed over – it’ll pop back up eventually if you give it time.

If you want to prevent this from happening constantly, build a path into your garden, or use spare patio slaps to create stepping stones. Anything that keeps your feet off the grass will help, and it’ll also stop your shoes from getting wet or muddy in bad weather. If mud is sticking the grass down, you can usually just wait until it dries out to fix the problem, or shift the dirt around slightly to let it grow back naturally.

Another common symptom of damaged grass is a suddenly thinned area. This can vary depending on your weather, climate and the normal grass: it might be a slight dip in an otherwise evenly high lawn or a section of bare earth that’s completely barren surrounded by grass that looks perfectly healthy. There are various reasons that this can happen, but the first step is identifying the problem.

Insect infestations, invasive plant species, and lawn diseases can result in certain areas of your garden going patchy, and the grass won’t be able to spread back there until it is taken care of. This can get even worse in shaded areas, where the sunlight can’t feed the grass properly and weeds are able to thrive. The right pesticides and fertilizers can kill off the unwanted invaders and help your grass push back into its natural place, as can aerating your soil.

Aeration is quite easy, but often gets overlooked by new gardeners. You can use various tools to create small holes in your lawn, which lets water, air, and other nutrients get closer to the roots of the grass and feed them properly. There are automated tools to make this much easier, including some lawnmowers that have it as a built-in option.

Hard soil can also be an issue. It’s similar to thinned grass, but it’s not something that you can easily fix by creating air holes – you’ll sometimes have to replace the soil itself. Unlike lawn disease, which will eventually die out either naturally or due to your actions, compressed soil can stick around for years and isn’t always easy to identify until grass is growing there. Many people can’t even tell the difference until they start growing their lawns. 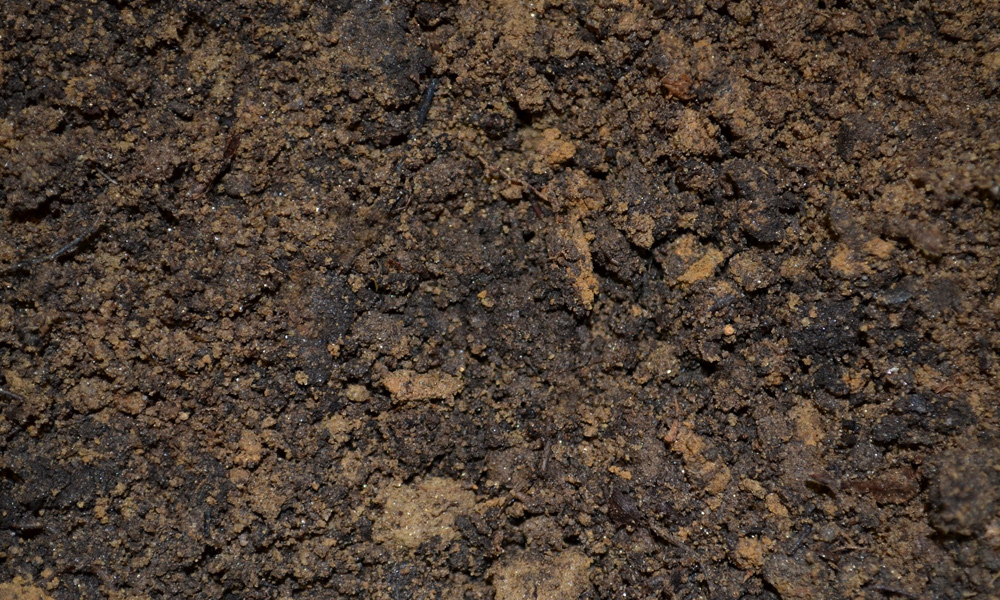 There can be some obvious causes of this compacted soil, ranging from walking on grass (as mentioned above) to over-tilling or frequent rain. If you know the cause, you can work out how to avoid it in the future, so don’t forget to look into the reason behind each patch being squished up and hardened. If it’s clearly caused by a heavy vehicle or frequent foot traffic, try to vary up the ways you move across it so that you’re not constantly pushing down on the same areas of your lawn.

While aeration can fix this too, it’s often easier to just loosen up or move the soil. Digging it up with a standard shovel will either break it apart (making it softer and easier for grass to grow on) or let you put it somewhere else, so you can move your compacted soil to a different area of your garden where it’s less likely to cause issues. Just make sure you replace the missing soil with something softer and try not to replace the compact soil with more compact soil.

Repairing a damaged lawn can get complicated when shade is involved because it’s not always a problem. Grass won’t always survive if it’s constantly shaded from the sun, but it sometimes will, and it can be hard to predict this ahead of time. Sometimes the type of grass and general climate make a difference, but it can still feel like random chance sometimes.

There’s no single way to deal with this since it depends on the situation. If it’s a hedge or tree casting the shade, you could always remove it, but this should be a last-ditch option for most people. Instead, you might have to look for a different type of grass that can grow well in the shade. You don’t need to replace the entire lawn with these new seeds – just the problem areas. As long as you cut them to the same length, they won’t look that different and can blend into one another.

There are multiple animals and insects that like to build their own nests, tunnels and hiding places on lawns, and will happily dig up anything in their way to do it. The two most common are mole holes and anthills, which can be a pain to get rid of, especially if you don’t want to harm the creatures that build them. 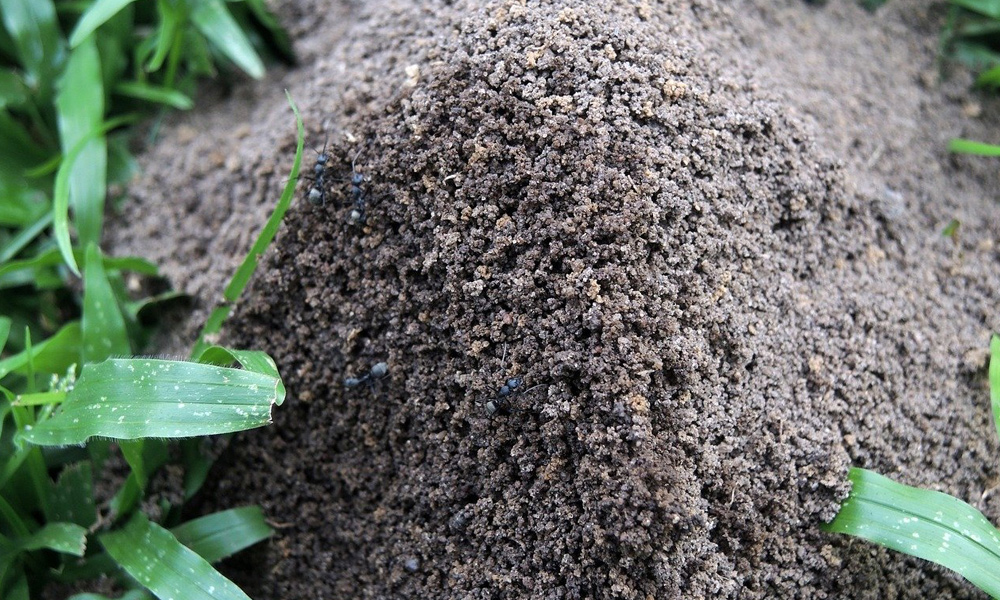 Mole holes (and other animal holes) can be closed up by raking over them or pouring more dirt on, collapsing the inside and cutting off part of their ventilation. They won’t suffocate to death, since every tunnel will have multiple ventilation holes, probably extending beyond your property. However, the more you close, the less the mole will want to stay in that area. If you apply repellents, you can also ward them off and stop them from settling in the area. If this still doesn’t work, poisoned baits can get rid of them quickly, although you’ll have to accept that they can end up dying instead of just running away.

Anthills are another common problem, even though ants themselves can help your garden grow properly. Many people choose to kill them off by pouring boiling water into the hole, but this isn’t usually necessary. If you destroy them by just smoothing them over and collapsing the inside, it’ll stop the ants for a while: they’ll eventually form a new one, but it’ll take them a while. The hills don’t cause much damage unless you’re worried about your lawn being bumpy, so you can generally ignore them most of the time.

Trees have thick roots, and if you have one growing in (or near) your garden, they can end up pushing the surface of your lawn upwards. They might even break through the soil, depending on how large they are and how close the roots are to the open air. The larger a tree grows, the bigger its roots will get, and this can result in unexpected problems with larger gardens.

If you don’t mind the bumping, you can try to coerce the lawn to grow over the roots – this can be used to create a top dressing, which builds up an extra layer of dirt on top of the roots themselves.  This can take a while to set up since you’ll basically need to create a sloped bump from nothing but dirt and fertilizer, but it can be a useful way to cover up tree roots after they’re fully-grown. 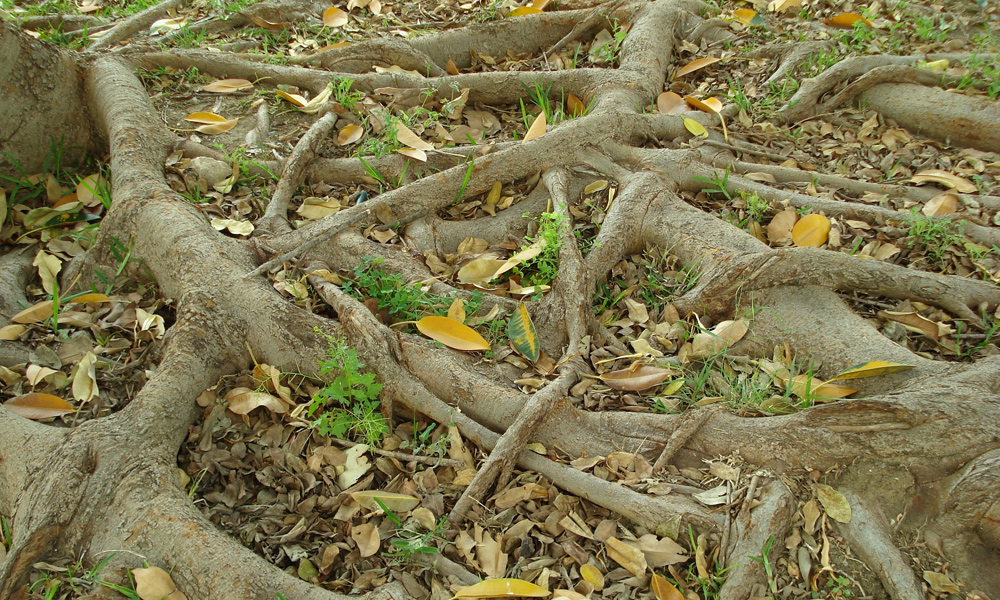 If this still isn’t solving the problem, you’ll need to decide whether the lawn or the tree is more important. Removing the roots of a tree can directly lead to its death, so there are not many options if you really want to flatten that area. It’s possible to remove the root without killing it, but you’ll need the advice of a proper tree surgeon to know for sure.

Is It Worth Repairing a Damaged Lawn?

If you like your lawn and want it to stay healthy and attractive, then there are very few reasons to ignore its problems. Many of them are quite easy to fix if you can identify them quickly, so make sure you try and figure out what the problem is before you jump to conclusions. A healthy lawn is a happy lawn, and it’ll be much easier to turn into something amazing if it’s not suffering from constant growth or health problems.