Nail guns are incredibly efficient tools that make quick work of nailing. Once you learn how to load a nail gun, you’ll be ready to tackle almost any construction project. Since some models have unique loading mechanisms, the process might vary slightly, but most tools adhere to a basic step-by-step process. In this article, we’ll look at a few of the models available on the market and discuss how to load them as quickly and easily as possible. Since you load most models similarly, you’ll be able to use these techniques for almost any product. But when in doubt, consult your model’s user manual.

Virtually all nail guns use a similar nail-loading mechanism. They are designed to accept strips of nails held together by plastic or glue with the help of an effective hot glue gun. These collated nails are fed into the base of the tool’s magazine and pushed up into the gun’s barrel by springs. The springs will continue to drive the nails up into the driving mechanism as the leading nail in the strip is fired. 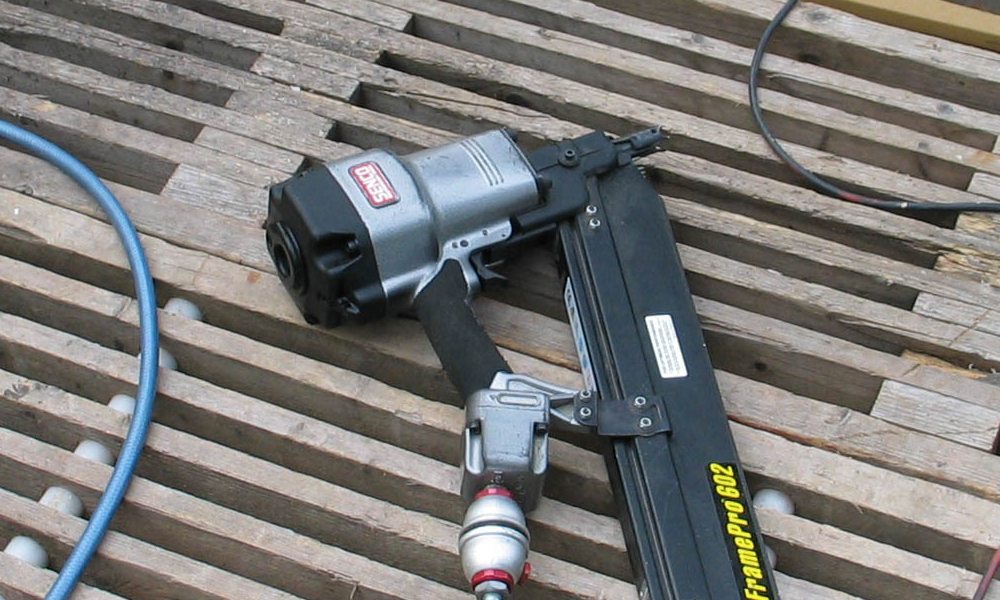 How to Load a Ridgid Nail Gun?

Ridgid makes a variety of different nailers, but they are loaded similarly. The first step is to make sure that your tool’s magazine is empty of nails. Then, connect your nailer to the air supply. You want to make this connection before loading the nailer because there’s a chance that the tool’s driving mechanism might cycle, firing a nail when it’s first connected to the air supply.

Once you’ve connected your nail gun to the air supply, you’re ready to load the tool. To avoid an accidental discharge, make sure to keep the tool pointed away from you and ensure the trigger and contact aren’t activated.

Then grab a strip of collated nails compatible with the specific model you’re working with. Make sure the nails are pointed towards the front of the gun and angled according to the instructions. Then feed the nail strip into the bottom of the magazine.

Next, slide the pusher in the magazine all the way down to the bottom so that the nails can be inserted past it. Once you release the pusher, it will rest against the last nail in the strip and push the nails up to the base of the driving mechanism. From there, you’re ready to begin work on your project. The pusher will continue to load nails into the drive mechanism as you work.

How to Load Brads in a Stanley Staple Gun?

Stanley has several quality nailers on the market, such as the TRE550Z Stapler and Brad Nail Gun. They easily accept staples and brads. You can load brads in seconds with the following easy steps.

First, make sure that the tool is unplugged and the on/off switch is in the “off” position.

Prior to loading the brads, ensure they’re compatible with your specific model to prevent jamming. Once you’ve selected the nails, find the image of a brad nail on the front of the tool. This side will be the one you’ll load your brad nails into.

Next, hold the tool upside down, squeezing the latch and pulling down. Simply drop the brads into the channel, tilting the tool back so that the strip of brads lay flush against the channel wall. Push the latch back, while making sure that the brad strip doesn’t fall over. Once loaded, you can use the high/low power lever to achieve the desired performance power for your project. 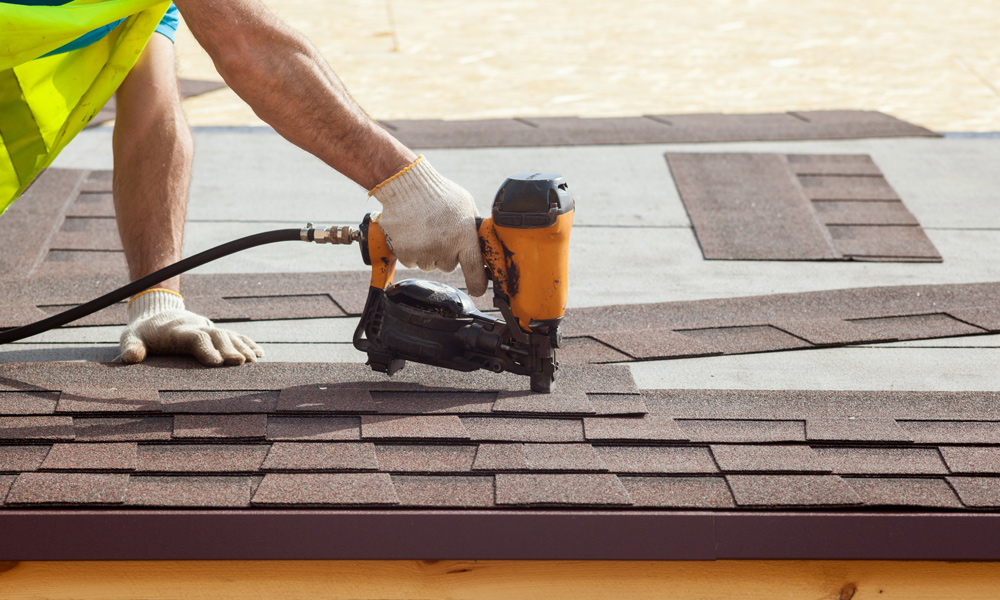 How to Load a Dewalt Nail Gun

Loading a nail gun manufactured by DEWALT is just as easy as the previous two models we’ve discussed. These tools are designed with one of two loading mechanisms: a load and draw or lock and load mechanism. The first few steps are for user safety. First, make sure that the nailer’s magazine is empty of nails.

Then, connect the air supply to your tool. The reason for supplying pressure before loading nails is because there’s a chance the tool might cycle, firing a nail when the air supply is connected. Then you want to make sure that the trigger and contact are not activated, eliminating the chance of an accidental nail discharge.

With these steps accounted for, pick up the tool, keeping it pointed away from you. Insert the nail strip into the bottom of the magazine. Keep the nails pointed towards the front of the tool.

For lock and load models, pull the pusher back towards the bottom of the magazine until it locks in place. Then, simply insert the nail strip into the rear of the tool’s magazine and push the pusher until it releases and slides forward, driving the nails up to the driving mechanism.