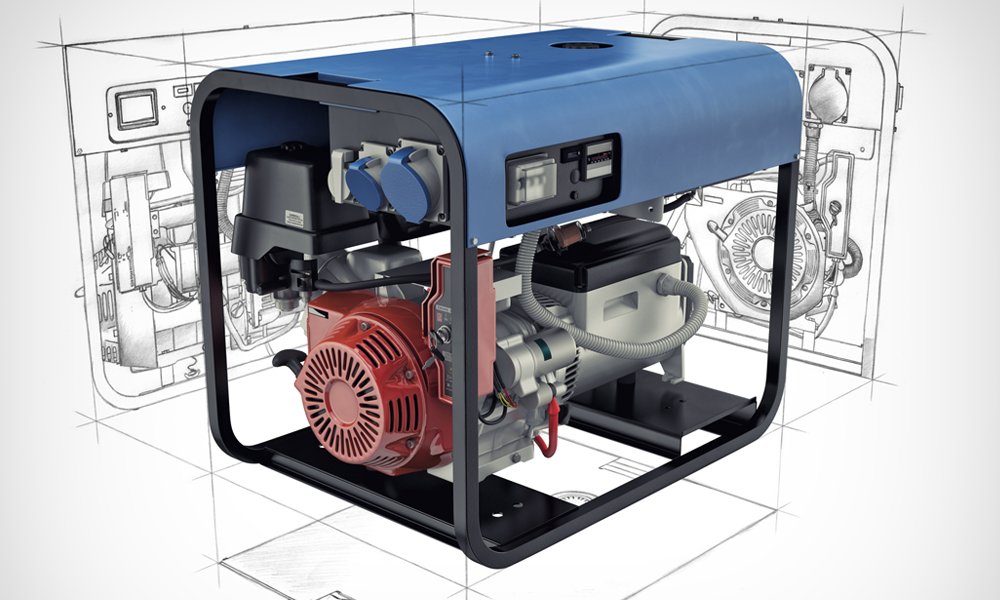 Why would you need a portable generator? If you’re a contractor, like to camp, run a food truck, or something else, having your own portable generator is a handy thing. It’s also incredibly convenient as a backup when you’re experiencing a power outage or an emergency.

With the pull of a string and enough fuel on hand, your portable generator will allow you to plug in all manner of tools, appliances, extension cords, and accessories with no need to tie “into the grid” for real electricity. All you need is either propane, gas, or diesel fuel. How wondrous is that?

That said, is it a real mystery to you how portable generators work? What do you need to know about their inner workings before you purchase one?

If you feel like you have a lot to learn about portable generators but are interested in buying one, look no further.

The generator components are made up of an alternator, internal combustion engine, starter, fuel tank, and a set of various voltage-rated plug outlets. One thing you’ll learn quickly about generators (especially if you were an early adopter of the first models) is that these things can get hot!

For models that weren’t built with cooling systems, it was dangerous to place things on them or touch them, especially near their exhaust points. You’d have to wait for the motors to cool before refilling them, too.

Fortunately, things have changed, and most portable generators now come with their own built-in cooling systems. The most common is simple air cooling from the engine’s air intake. This is adequate for smaller portable generator models, keeping the engine cool on its own (though it’s always recommended to let generators cool down before refilling with fuel, especially gasoline and, of course, propane).

However, the larger models get, the more advanced the cooling systems need to be to keep the engine running smoothly and prevent overheating. Large portable generators feature liquid-cooled engines that work much like how coolants and radiators function in a car. Coolant is pumped near hotter portions of the engine, wicking away excess heat and allowing it to be air-cooled in a radiator.

Most portable generators have air cooling systems to keep them portable. Still, many will say that liquid-cooled generators run far better and are a superior choice, although they will be more expensive.

Some people may wish to permanently install their generator and enclose it in a tight space to muffle the sound. If this is the case and if yours is air-cooled, you’ll need to make sure that even in this enclosed space, it’s still cooling properly or receiving adequate airflow in order to cool. 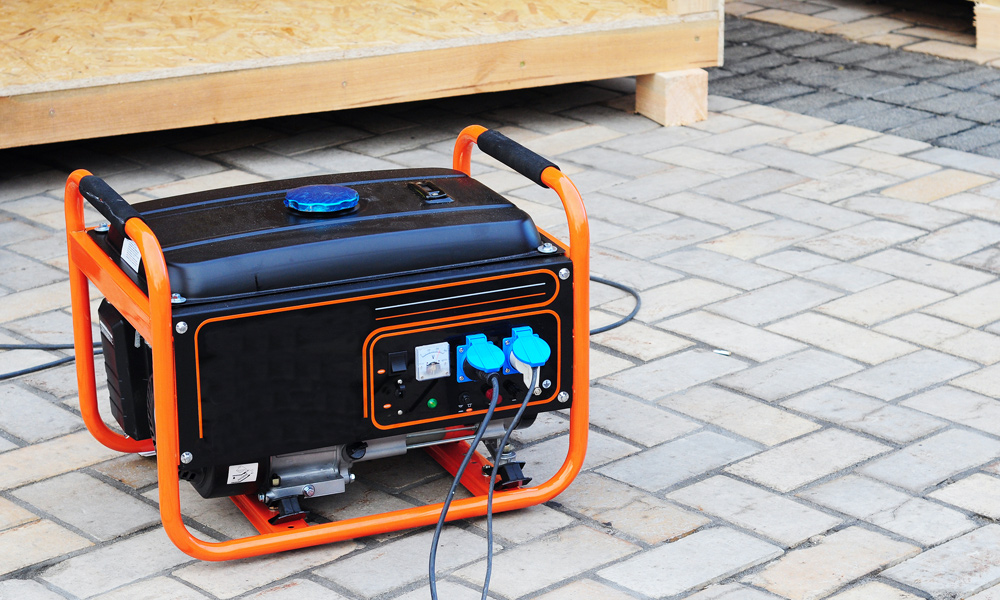 Make sure the portable generator isn’t enclosed over the top, which can help hot air escape. You can also remove the generator’s outer cover (usually plastic, rubber, or composite) to allow more heat to escape or install a vent or duct from the enclosed space to the outside.

If you’re in the market for a portable generator, you’re going to need to understand wattage. This is the best way to get a precise measurement of how much power your portable generator will produce and if it’ll be enough for your needs.

Generator power can come in watts or kilowatt measurements. To determine watts, multiply the listed amps (or amperage) number by the volts or voltage number indicated. This is especially helpful if a product doesn’t list how many watts a portable generator gives out in its product description- though it should have the amount of power listed. (One kilowatt equals 1000 watts).

In more specific portable generator product descriptions, you should find terms like running watts (also called rated watts) listed. Running watts indicates how much power a portable generator can sustain over an extended period of time to keep a certain appliance running. If the watts are not high enough, the generator won’t run the plugged-in appliance adequately, and it may even trip or overload a circuit breaker if too low.

You should also take starting watts (also called surge watts) into consideration. These will be a much higher watt rating than running watts. To power certain high-demand appliances, your portable generator will need to be able to create a surge of power for a short period of time to get these tools or appliances to a running start. Typically, these high-powered appliances will need around three times the amount of running watts they require to run to get started, so be sure to invest in a portable generator with the right starting watts to match.

The amps rating of a portable generator will indicate how much electric current flows through the plugs or outlets to your plugged-in appliance or extension cord. This flow of electricity also helps determine voltage (as well as watts).

Amps are really only important to have an idea of the portable generator’s voltage and watts. Amps measure the flow of electrons against a resistant conductor within the wiring of your generator and thus determine the electrical flow that will feed your plugged-in equipment— if the amperage is low, it indicates that watts and voltage will likely be low, too.

The more amps a generator has, the more power, electricity, and voltage it’s likely to be able to supply. 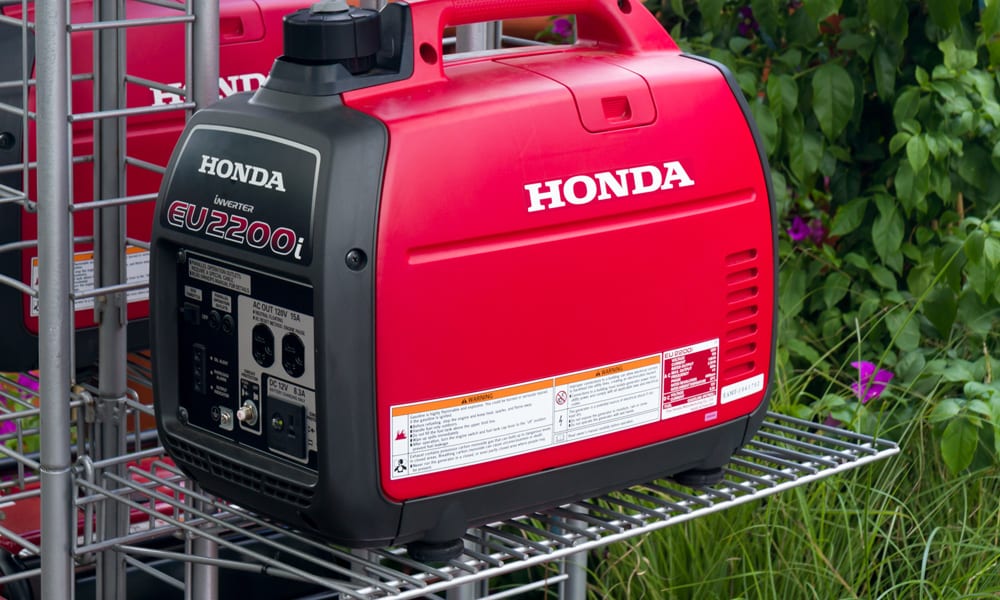 While amps measure the flow or current of electricity into an outlet, voltage measures how forcefully these electrons are pushed into the power source. You can think of voltage almost like the pressure of airflow or water flow to push something and get it going. In the case of electrical components, certain motors or engines need more voltage to turn and run – not all that different from a mill with water or a turbine with airflow.

Most portable generators put out 120- or 240- volt outlet options. You can plug in both types of rated tools, extension cords, or equipment into the indicated outlet depending on what you want to run (even at the same time, if there are enough watts to run both!) Before buying your portable generator, ensure that it has enough voltage to run the appliances you’re aiming for.

As a concluding point on the topic of safety: be sure always to operate your portable generator outdoors (where it’s meant to be), with proper ventilation! Running a generator indoors without ventilation runs the risk of carbon monoxide poisoning. Be sure to run your tools, equipment, and appliances anywhere you like— but do it safely!